As part of the series of events organized by ILO development project, we held our first XR-themed event. ILO XR Meetup brought together students, researchers, companies and project staff, around various topics connected to VR, AR and MR. The event consisted of three presentations, a short brainstorm session, and a VR furniture exhibition. 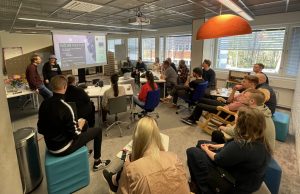 Siiri Paananen and Maxim Narbrough welcoming participants to the meetup.

The presentations were kicked off by Jani Johansén, Chief Information Officer and Head of Post Production, at Flatlight Creative House. He provided us with an excellent overview of Flatlight’s core competencies and their expertise in virtual- and mixed reality work. Flatlight recently worked on creating the beautiful Aukio mixed reality installation at Helsinki Airport. Other highlights included their fantastic work on the Finland Pavilion at the 2020 World Expo in Dubai, and the 100Moods project, a part of the Finnish centenary celebrations.* 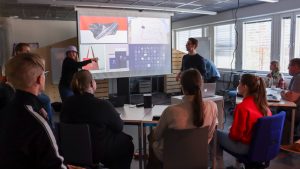 Our second guest speaker was Damien Brun, a postdoctoral researcher in human computer interaction, at the University of Lapland. Damien presented his fascinating work on developing and prototyping physical input interfaces. One of his current projects is the Memory Orb, a science-fiction inspired device for manipulating objects in 3D/VR spaces. He also presented a text input device called the Keycube, a cubic controller which allows more freedom of movement for generating text, as compared to using a conventional keyboard. 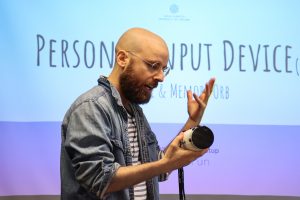 The last speaker was Pertti Rauhala, Coordinator of the Frostbit Software Lab, an R&D partner and learning environment for XR, Games and apps, based at Lapland University of Applied Sciences. Pertti showed us an inpressive repertoire of cases which have harnessed their coding and gaming engine expertise, in commercial and industrial VR cases. The projects included simulations for testing self-driving vehicles under Arctic conditions, a VR application for forest management and the somewhat macabre simulation of a reindeer slaughterhouse. 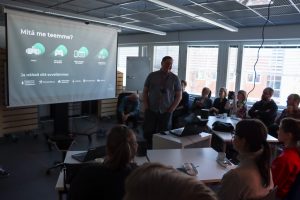 Following the presentations, we held a short presentation on the current status of the Finnish XR scene, after which we asked attendees to come up with suggestions relating to the development of XR in Lapland. The ideas were presented and gathered as starting points for planning later events, content and collaborations. A few project ideas were also briefly touched on by participants during discussions. 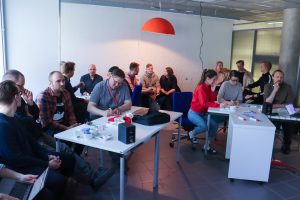 Participants discussing the possibilities and prospects of the XR-scene in Lapland.

The session ended with a viewing of a VR furniture exhibition, consisting of student designs, which were created as part of coursework led by Juho Saavalainen, lecturer at the University of Lapland’s Industrial design department. The VR exhibition was built and managed by the talented Juri Etto, who is a researcher in user experience at the university. The VR exhibition concept worked really well, so we hope to see more of such exhibitions. 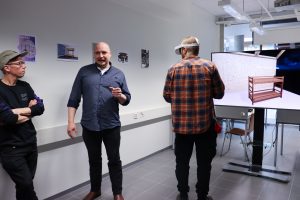 The event was warmly received by the participants, many of whom expressed an interest in further events, networking and collaborations. Thank you to all who attended, we look forward to seeing you at the next one! 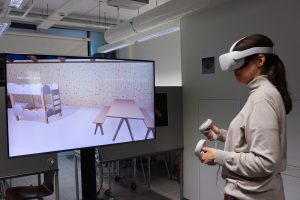 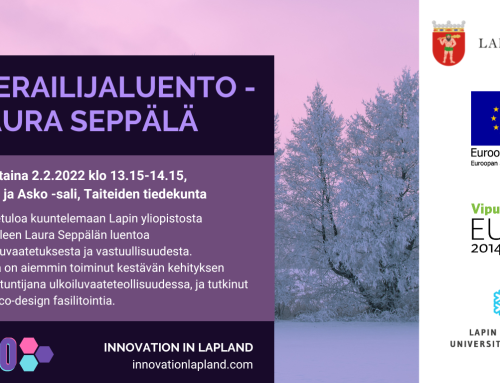 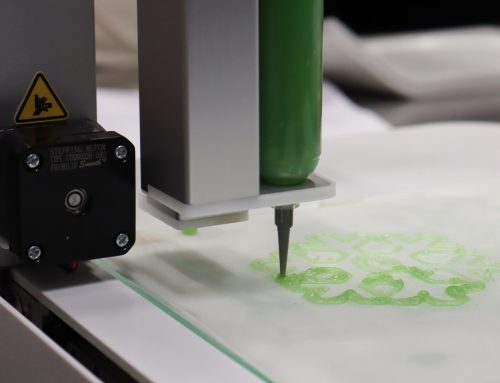 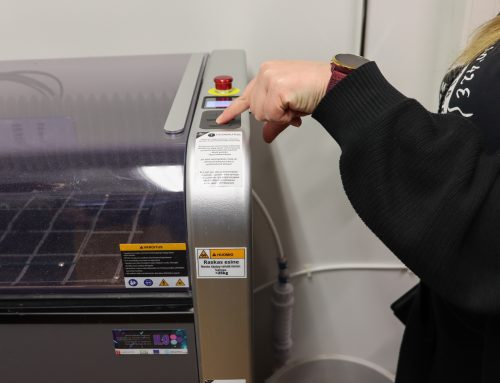 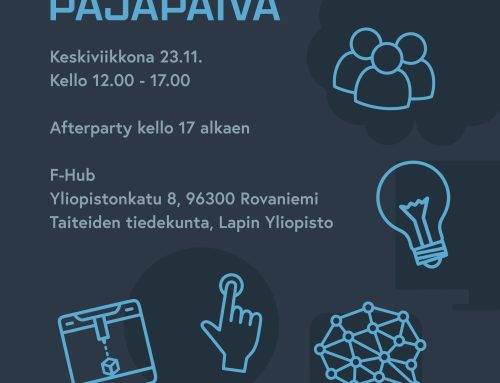 Workshop day at University of Lapland (in Finnish) Gallery

Workshop day at University of Lapland (in Finnish)